Finally, the nominees were disclosed for the 61st annual Grammy Awards. For the category Best Reggae Album, the nominees are: Reggae Forever by Etana, Rebellion Rises with Ziggy Marley, A Matter of Time by Protoje, As the World Turns by Black Uhuru, and 44/876 by Sting and Shaggy. The award ceremony will be held at the Staples Center in Los Angeles, California on Sunday, February 10. The drought of female nominees was ended by the Reggae star Etana, who bagged a nomination for her “Reggae Forever” in the Best Reggae album category. 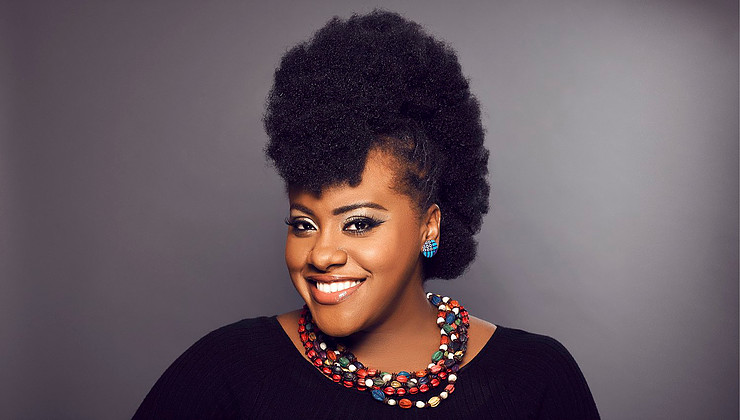 She revealed to the Loop News that she was feeling really honored and absolutely thankful that an independently created album supported by Tads Records is actually identified by an extremely prestigious organization such as the Academy Awards group. She was feeling really excited.
Etana thanked many individuals who she thinks has significantly contributed to her success.

She mentioned the notable names without whom she feels that it was not possible for her to achieve such feat. She stated that without Andre Morris, who constantly understood when she failed; Tarrus Riley, who almost always cheered her on and inspired her whenever she lacked it, and Gramps Morgan, who kept faith on “Reggae Forever”, her latest independent project.
She also thanked both the Tads Senior and Junior of the Tads Records, as well as all of the musicians along with the vocalist, Khambrel McPherson, and Jessie Addleman. She also revealed her gratefulness to Clive Hunt for the advice and support. He directed her back to the board when she thought that the project had been completed.

She further extended the praise to Kirkle Dove, JVibe, Dean Pond, Tanya Stephens, her mother who has been a great support to her and her kids irrespective of the situations as well as all her family members and relatives who also put all their efforts. She particularly mentioned the names of the disc jockeys Courtney MAC, Anthony Sewell, Heavy D, Claude Mills, and Keona Williams. She gave enough emphasis on her whole team effort and thanked for their hard work.

In spite of the awards, possessing a rich heritage of Jamaican winners, none of them was females. Over 30 years of Reggae Grammy category history uncovered that just 3 females have been nominated ever, but none of them at the end have actually won the award. The last woman to be nominated was Sister Carol, who was nominated for her album Lyrically Potent back in 1997. That was over two decades ago. The nominations for this year are also designated by the important addition of Black Uhuru, a seminal band. Its nomination can be described as a milestone since the band won the first Grammy Award in 1985 for their album, “Anthem”. The category at the time was known as the Grammy Award for Best Reggae Recording and was given to the music artists for qualified albums or songs. Its name was modified to Best Reggae Album in 1992.